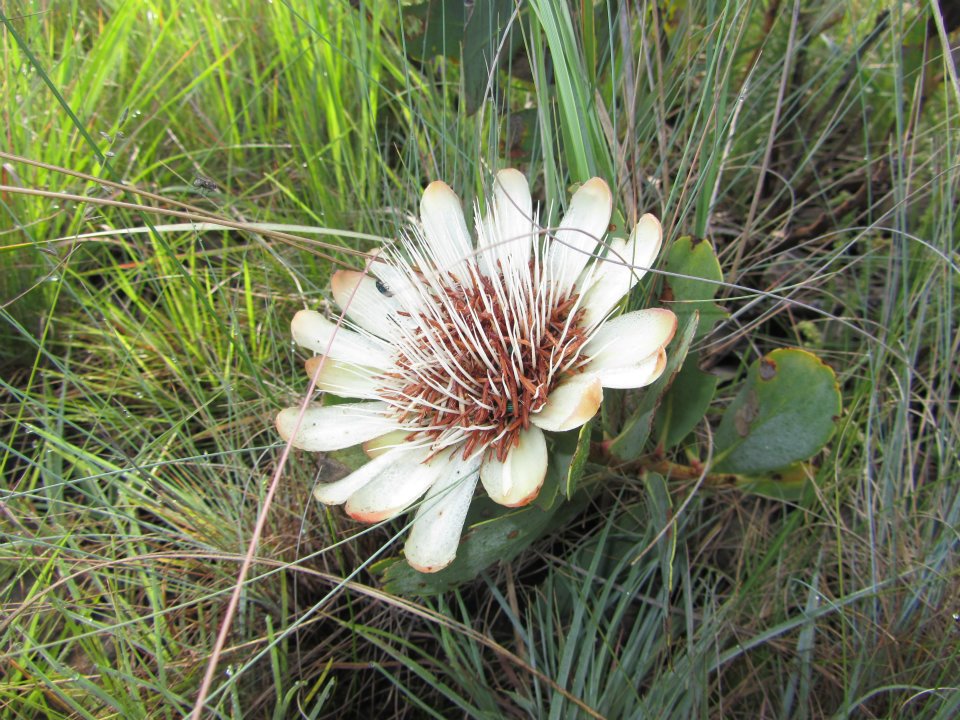 The Drakensberg Protea Dracomontana is commonly found on the grassy slopes of the Drakensberg at altitudes between 1600m and 2500m.

It only grows up to 1m tall, so you can see why it is commonly known as the dwarf protea.

Protea Dracomontana flowers vary in color from creamy yellow, to pink and even light red.  Like all Proteas in the Drakensberg it relies on the winter fires to help it germinate.  These proteas generally flower in the wet summer months. Click here to see how we try hard to be eco friendly.

Even though it is called Protea Dracomontana it is also found from the Eastern Cape, all the way up to the Inyanga Mountains in Zimbabwe. You can read more about this beautiful flower here.